Hello and thanks for stopping by.... 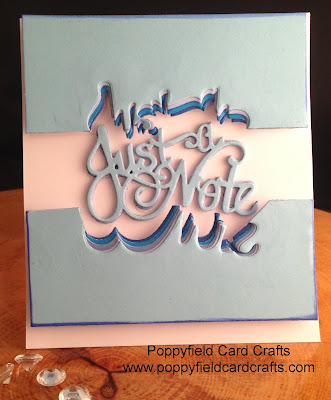 I used 5 different shades of blue card to create this partial die cutting technique, starting with a pale blue through to a deeper blue

My white base card is a 12.5cm x 11cm , top folding.  I placed my first layer of card onto the the base card and marked where the sentiment die needed to be

I then placed the die onto the card ensuring the bottom part of it was hanging over the card.  I then placed the second card under the top card, secured it in place with tape and die cut the image

Once die cut I removed the die and die cuts from the first layer leaving the second layer with an embossed image of the sentiment.  I then slotted the die into the embossed image and added the next colour card under the embossed one, die cut it and repeated the process until all 5 layers were die cut.

Both the top and bottom of the card were glued together, ensuring each layer was slightly overlapped to give a shadow affect of all the colours

I added fun foam to the back of both top and bottom layers, adhered the sentiment onto the card base then adhered both layered cards in place 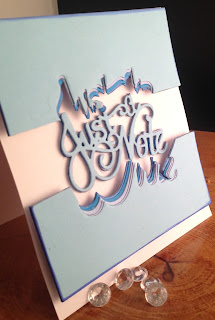 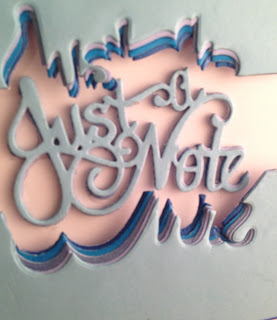