TO SOMEONE VERY SPECIAL & CARD WINNER

I thought the sentiment on today's card very appropriate because of all your very kind comments and concerns for me.  I've practically lived at the hospital this week!  The staff have been super, as has my hubby (he always is)

A&E Monday, (I said no to the emergency ambulance as I thought and said to the medic on the 'phone,  that I'm sure there is someone more needy than me, plus hubby could get me to the hospital much earlier than waiting for an ambulance.  Tuesday I was back there but this time to see an occupational therapist, who was fantastic, (dealing mostly with my hands and 'well being'), I left the department feeling as if Christmas had arrived as, Nik/OT, ordered numerous pieces of equipment for me, that I certainly did not expect nor asked for!  I was going only for new splints/supports for my hands!  So when you see the odd video with me wearing some special black gloves, that only show my finger ends, you'll know why

I had the heart procedure on Thursday, that was an eye opener, then 45 minutes to an hour later I was called for a heart scan.  Lying on your front, for 20 minutes, not having to move, having rheumatoid disease, and throw in osteoarthritis, plus lying on your boobs, is something I hope won't be repeated, but only time will tell.  If I don't get a 'phone call from them over the next few days I will have to return to the Medical Physics Department for the second procedure.... followed by another heart scan!

Now back to 'business' 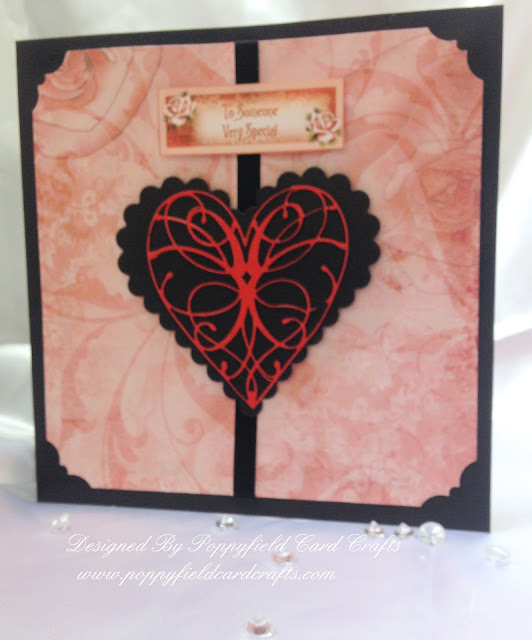 The black base is an 8" square.  The pretty pink paper is from my stash.  I used a pair of 'fancy corner scissors' as you can see, and before adhering the paper to the card I added a thin piece of black satin ribbon down the centre, securing it behind the paper followed by gluing it to the base card 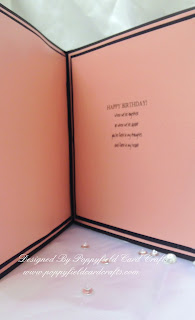 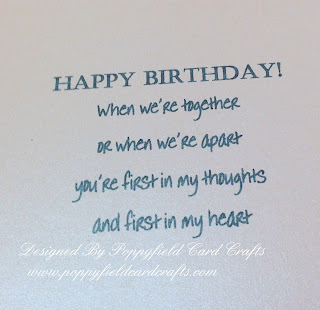 INGREDIENTS:
and now for the card winner....