Either this year, or last, I showed you how I made a Christmas card using non-traditional papers/colours, well, today's card is using a Christmas paper but it's not for Christmas.  Another, I think, for the males, even with the swirly bits!  But these could easily be removed

I do apologise for using cream and black card again, but actually it's peach coloured card by Creative Expressions and their black card! 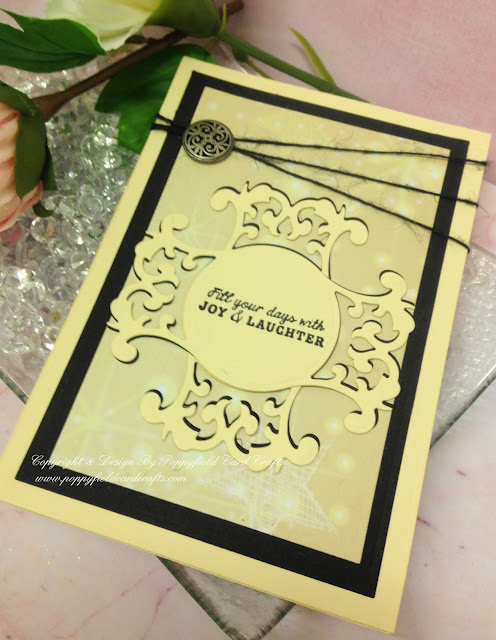 The paper pad is by Craft Sensations and called Christmas Party, bought at The Range

I die cut one of the tags from Spellbinder's 'Fancy Tags Three' twice in the peach card and twice in the black.  These were adhered to overlap to create a shadow and the sentiment (unknown make) was stamped using a black ink pad 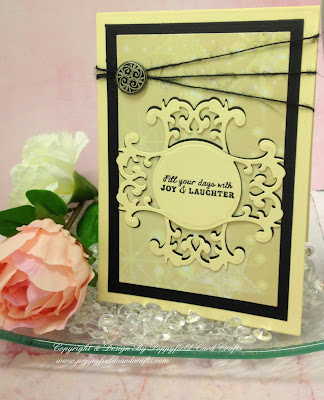 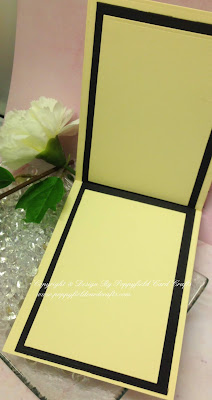 Whilst the card has a distinct yellow look in the flesh it is a delicate peach!