I'm sure
you will remember this card, without the cluster of flowers, from a previous post and video?  I had one 'base card' left over from the several I made for the video and rather than put it in another 'card to finish' folder I thought I would dress the front and that would be another card completed

And such an easy way to to dress the card as the only item I made was the one larger leaf and that was in my small container that I keep on my work table! 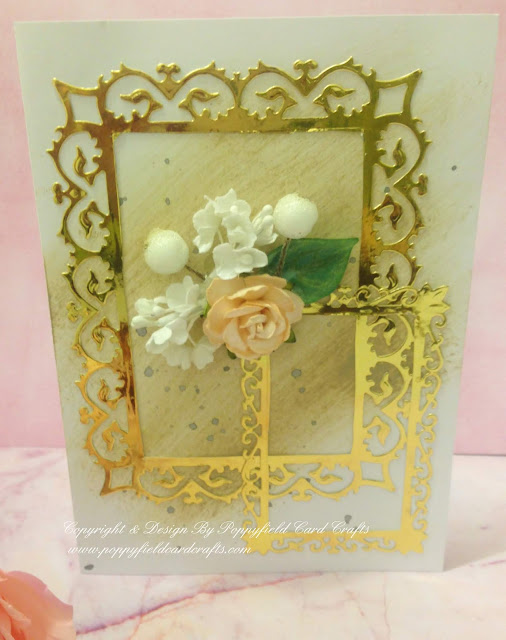 The small cluster of white flowers are by Ranger.  I use these mostly in the making of mini albums and you can easily add colour to them if you wish

I added a good dollop of 3D glue, by Crafter's Companion, onto the card, gently opened the white cluster of flowers and placed them in the glue, the frosted balls were next, then the rose and, finally, the single leaf

Ideally I would have liked a scripted die saying 'Love' which I would have added but unfortunately I actually don't have one, so I am now on the look-out for one of these 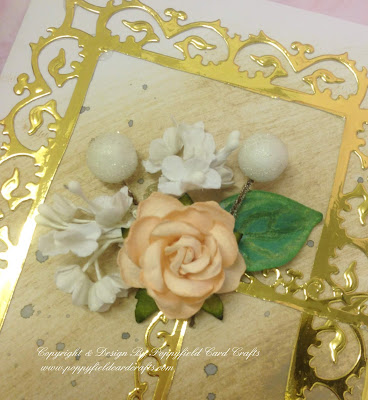 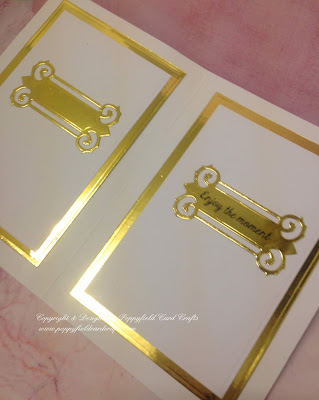