For today's card I started with a 7" square, ivory coloured card stock then added a smaller panel of black card followed by a smaller panel of designer paper by  First Edition Paper called Mulberry Kisses.  This is an 8"x8" paper pad, bought sometime ago at The Range 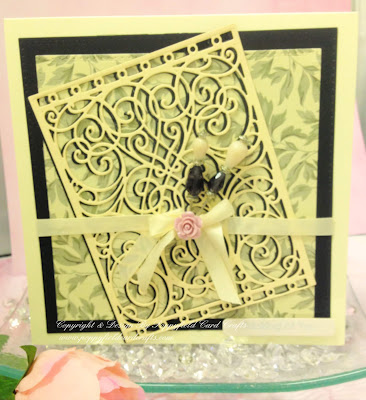 I then die cut and embossed the centre design by Spellbinders, called A2 Swirl Background/S5-366,  in black card and ivory card, these two pieces were then adhered together but with a slight overlap to give the shadow effect

I glued a length of ivory ribbon to the back of the black card then adhered it the base card, with the designer paper attached

I added an enamel rose/Creative Expressions, to the centre of the bow and attached two stick pins, that I made, securing them into the knot of the ribbon 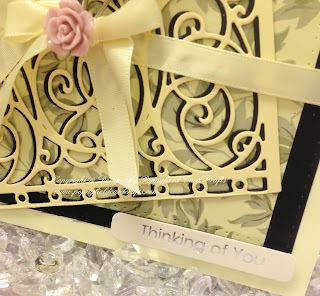 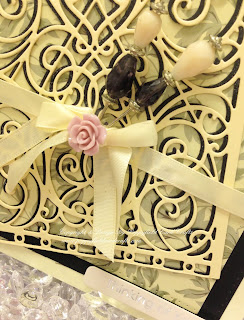 For the inside of the card I added the designer paper onto black card, the paper is the reverse side of the leaf one, and die cut the centre piece by Vicky Welsby for Pretty Quick also in black card 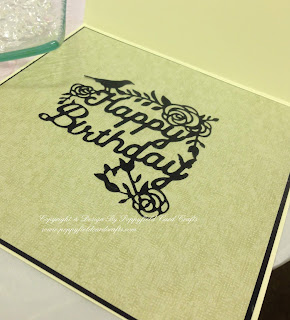 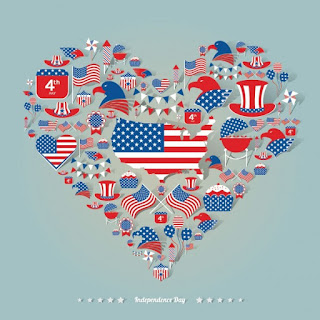