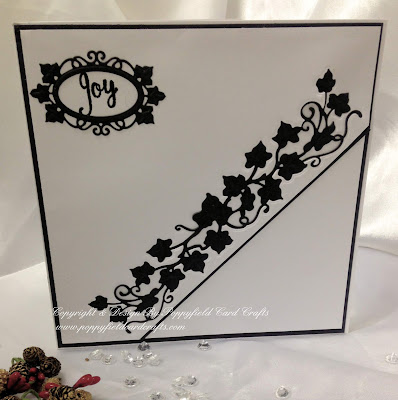 Then on another piece of white card I die cut the border die, at an angle,  from the 'Greek Island Collection' by Sue Wilson for CE.  I also used this again to die cut black card

I then removed the excess white card and added a very thin strip of black card to the edge.  This was then adhered to the card

Adhesive was dotted onto the back of the ivy leaves then the die cut was slotted into the white card.  There isn't any raised area now with the die cut 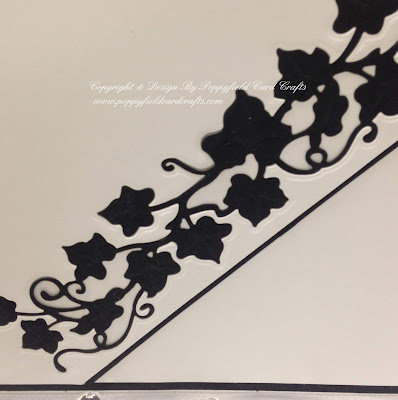 I stamped and embossed  the sentiment, (Sheena Douglass) then used the tag die, from the same Greek Island Collection, and die cut it onto black card.  This fitted nicely around the 'Joy' sentiment

Black and white layers for the inside of the card and a Christmas tree was stamped onto one side, the opposite side had the 'Peace' die already layered onto black card and white card so I adhered that onto the card

This is also a Sue Wilson die 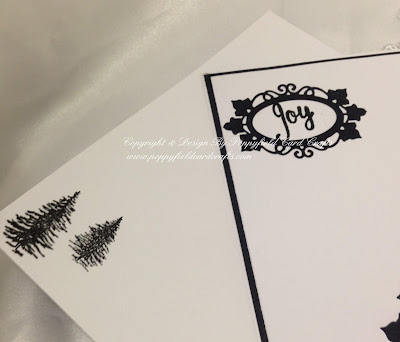 I have these cute owl charms, by Hobby House, as this week's freebie so if you would like your name entered into the draw please leave me a comment on today's post 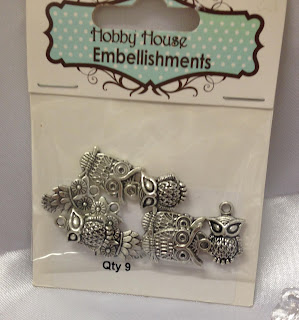