MAN MONDAY - THE DOOR OF MY HEART


I thought for today I would show you another way of designing a card using only one of the stamps from yesterday's '6 Cards In 60 Minutes' video (again, apologies for the blur at the end of the video!) 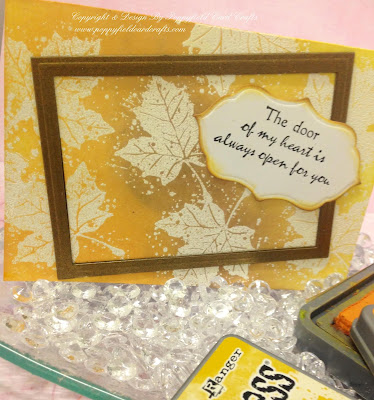 This card measures 6"x4", the same as yesterday's bundle of cards

I stamped and embossed the leaf numerous times across the card.  I used a  Versafine Clear Embossing Ink Pad and Hero Arts White Embossing Powder

Colour was then added using distress oxide inks in; fossilized amber, spiced marmalade and vintage photo.  When the card was fully coloured I used a piece of paper towel to buff the stamped images

I stamped the sentiment, apologies here as this is another 'unknown make', (it is a set of rubber stamps) using StazOn in black, onto white card, die cut it and added the same inks as on the card 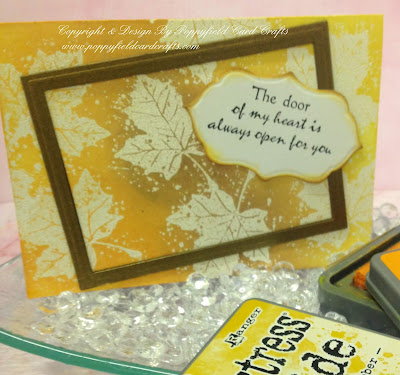 The frame was die cut 3 times and I used left over card from my box of mixed brown card stock for this.  The cut out pieces were used on the inside of the card 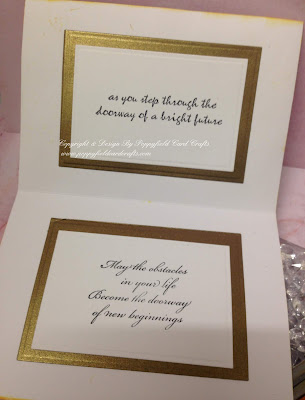 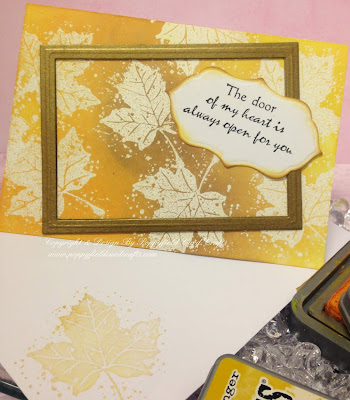 I also stamped the leaf onto the corner of the envelope