Goodness hasn't the weather changed with vengeance?  At least it has in the North East, yesterday was so wet and windy! 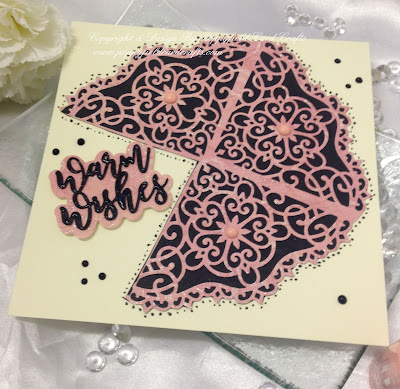 The pink paper does have sheen and glitter on it, you can see it better on the close up on the sentiment

I had previously die cut the paper  some time ago and left it because there wasn't enough room to make the 4th die cut.  The paper is so pretty in the flesh and I did want to use so I adhered it onto black card and fussy cut it

I glued it onto a 7" square ivory card, you may be seeing a pale blue on the two bottom photos but it is ivory and here's me thinking iPhone cameras were tip top! 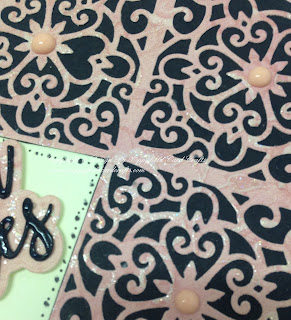 I die cut the sentiment 3 times from black cardstock and the backing paper once.  The sentiment was glued and stacked together and the Glossy Accents applied to the lettering

I then used more NUVO Crystal Drops, in 'Ebony Black' as shown 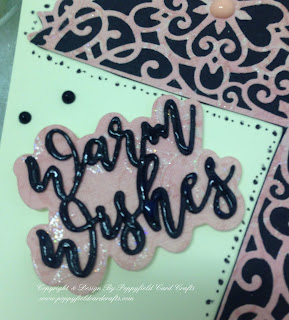 
Now onto the winner of Wednesday's card....