Using the striplet die (CE) this way is very effective, would you agree? 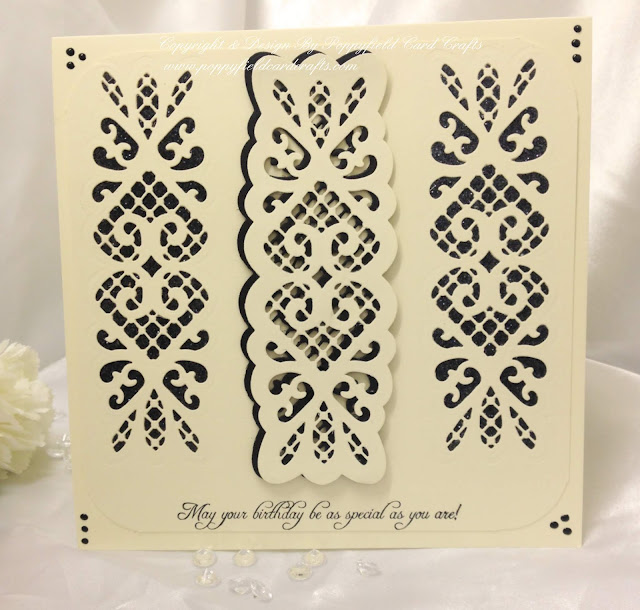 The backing was removed and black polished silk glitter (CE) sprinkled over the die cuts.  This glitter is fabulous, there isn't any residue, it stays put and has a superb glitter 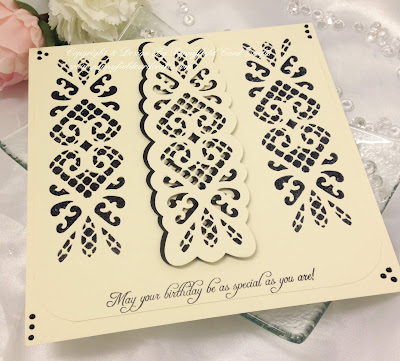 I made another two die cuts, in black and ivory card.  The ivory card slightly overlapped the black so it would create a shadow 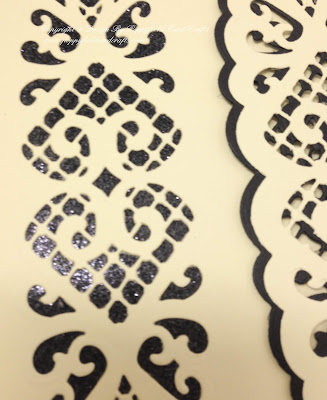 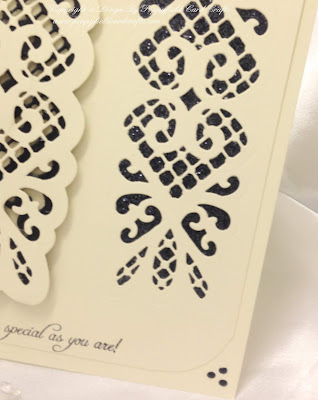 Leave a comment by 6pm Friday, on this post, if you would like your name added to the draw, the winner will be announced on Saturday's blog 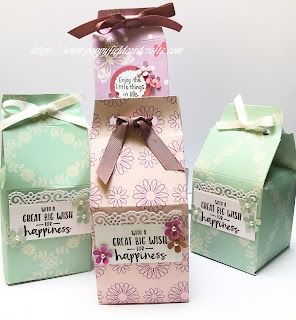