Another disaster trying to video this technique!  After, at least 8 sessions, I've had to admit defeat and when our 11 year old grandson gets to his dad's today from school, we'll be hot footing over there for him to show both grandparents what 'we' are doing wrong!

I used to record using my iPhone 5 but it would take a few hours to upload to YouTube so last week when it was my birthday my son really surprised me by  buying me an iPhone 7.  That was totally unexpected and I really appreciate him doing this.  So now the videos upload in next to no time  and, when I showed you the video of the mini album made with 5"x7" cards and the 4" card that folds away, both were recorded on the new mobile, not a problem until yesterday when I was making the video for today.  I'm hoping sometime today there will be a video uploaded! 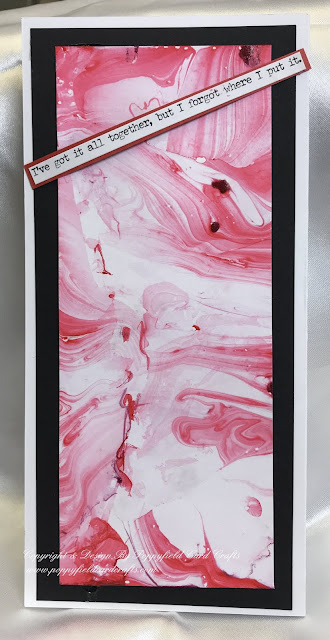 This card does have a definite marble look but the other samples, that you will eventually see, don't so much

Finally do you think anything else could go wrong?.... of course it could, it's me lol.  I realised after I'd taken the photo that there was a smudge of red on the sentiment and then realised again, I had the card upside down when I adhered the sentiment in place!  Obviously I found this out after the wet glue was completely dry 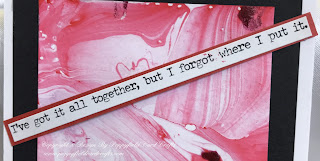 A close up of said sentiment

Until either later or tomorrow, or both!...

Good Sunday morning everyone The 'Friday Freebie' winner this week is: GerJane! CONGRATULATIONS Please email yo... 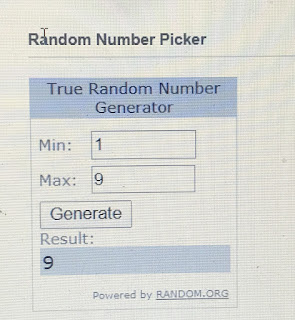