Our nephew is 18 today and this is the card I made for him.  He also supports Newcastle United Football Club which is why I made his card black and white 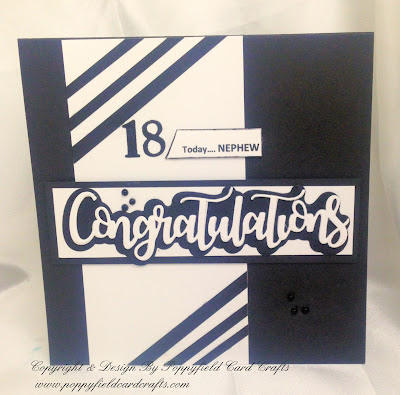 I used a Crafter's Companion 'Congratulations' die for the sentiment.  It's a two piece die set and the solid piece was die cut on black card 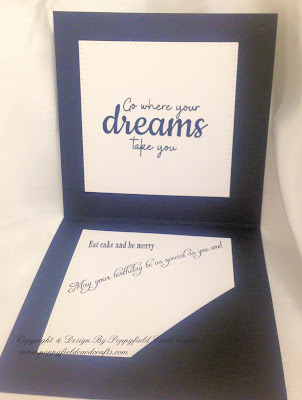 I die cut 'congratualtions' 3 times from white card, but, when I glued the first piece I dropped it every where on the card except where it was supposed to go!  I did succeed in removing the glue but where you can see 3 tiny black gems above the word on white card, and below it on the black portion, I did not!  So annoying when that happens

The square die set from Creative Expressions was used to die cut 2 pieces of white card for the inside.  The top sentiment is another by Crafter's Companion and the two below are by JustRite Stamps

I made a corner pocket to house the cash we gave to Reece.  It looks as if I've removed part of the white card but in the flesh it does look fine lol

Onto the winner of the Ranger ink pad:

Your win will be with you soon Karen