Thank you for your support, cards and kind comments.  Last week's three days were horrendous to say the least!  I am now awaiting the panel's decision, they said it could take around two weeks or longer!

So, on a more pleasant note I hope you all have had a good weekend and will now show you two card commissions for the same little girl 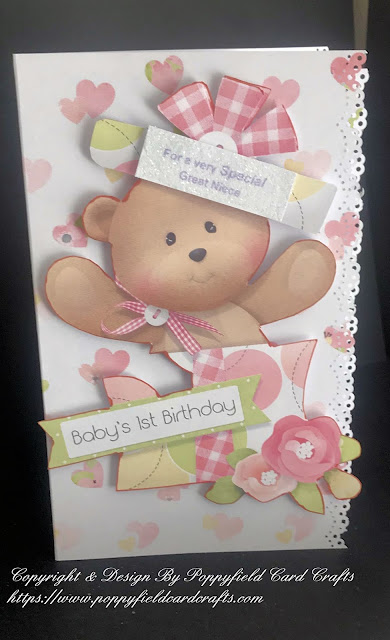 The images are from a  NitWit collection called Baby's First Milestone.  They have a large varied selection of goodies and very reasonably priced

The base card and teddy were part of the collection.  I fussy cut the teddy and added mounting foam to the back

The top sentiment was computer generated

Using a Martha Stewart punch, I punched the front edge and back edge of the card and did the same on the inside for the verse that was also computer generated 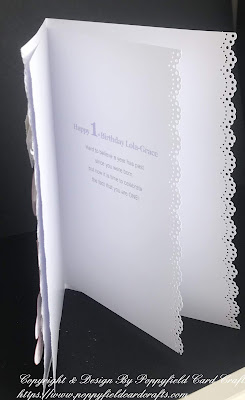 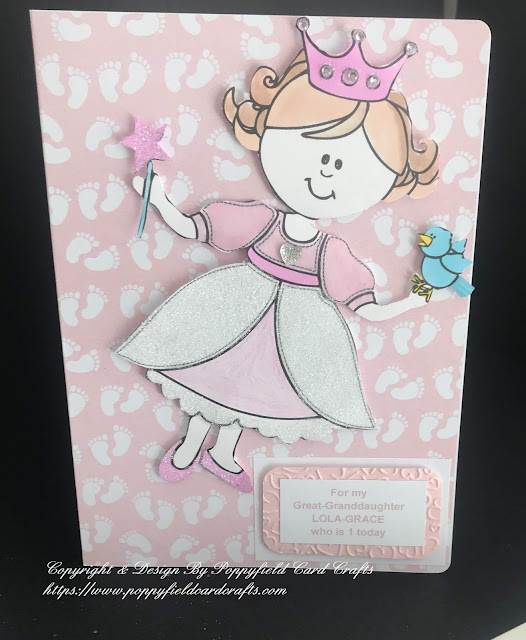 The image on this card is a digi stamp.  I fussy cut it then, apart from the face, arms and legs,  coloured everything else

I added glitter to the star, shoes and the top part of her dress. It looks really pretty in the 'flesh'

Again the sentiment is computer generated 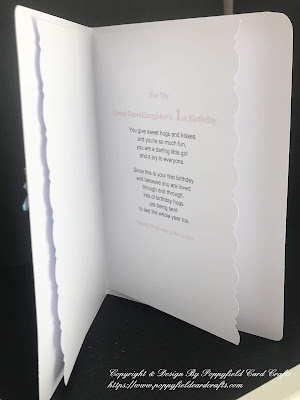 I used another Martha Stewart punch  for the insert

Both verses were from CraftsUPrint